Is there release notes somewhere that would tell me what changed between different versions of the GCC toolchain?

In particular, I'm looking for changes between the following two toolchains:

(I've been chasing a bug that felt like a hardware bug (an unexpected hard fault). My toolchain of choice was still 4.8.3.277. Then I decided to compile with a different toolchain. The bug went away. But then again, with the old toolchain, the bug was dependent on the code position - if things shifted slightly the bug would sometimes go away too. So, I want to make sure that the problem, whatever it was, really got fixed and ideally understand what the problem was in the first place.)

Looking at the code differences. The old version versions generates something that is called "register_tm_clones". Of course, I have no idea what it is and what it does.

I keep falling into the same trap. "register_tm_clones" has nothing to do with anything. Just needed a little sleep. I need to drop the old toolchain! It is "ldr" instead of "ldrb", again.

Although I'm still a little bit unsure why "ldr" is a problem in this case, where it is used to read "NVMCTRL->INTFLAG.reg", which is a uint8_t register, but properly aligned on an uint32_t boundary. Not clear why that would result in a hard fault. Maybe I'll ask Atmel.

For the record, here are the conditions when it hard faults:
- The micro is ATSAMD21G16B
- Right after erasing a row in the RWW section
- The "ldr" instruction itself is not uint32_t-aligned (i.e., ldrAddr%4=2)

I've been chasing a bug that felt like a hardware bug (an unexpected hard fault).

There is a good section on Hard Faults in Joseph Yiu's book: 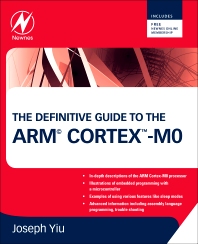 ""Hard Fault" doesn't (necessarily) mean a hardware problem" - I know that. But in this particular case it does feel like it is a hardware problem. I gave them (the Microchip support) is simple compilable example (with just a couple of ASF calls from main).